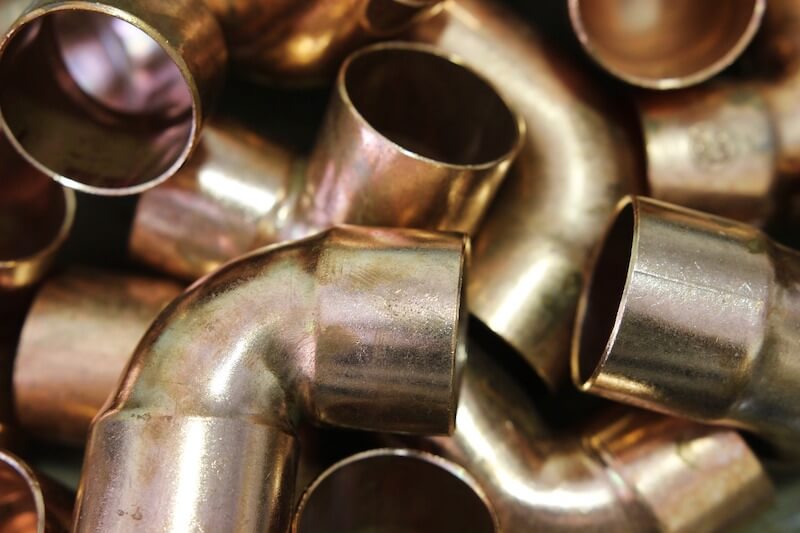 Al’s tenants at his rental property in Caulfield South thought they could smell a gas leak and called their gas company to come have a look. The gas company did a pressure test on the gas line and found that there was indeed a leak somewhere along the line. The gas company shut off their gas supply and told them they would have to get a plumber out to fix the gas leak and reconnect their gas supply. Al immediately rang O’Shea Plumbing who sent out their plumber – Jeremy – later the same day.

Upon arrival, Jeremy looked around the property and found that most of the gas line had been run in galvanized steel. Rather than attempting to find and repair the gas leak(s), Jeremy suggested to Al that it might be a better idea in the long run to renew the gas line in copper to eliminate the potential for any future gas leaks. Al thought this was a fantastic idea, so Jeremy started to plan how he would run the new gas line.

Al only wanted to keep the stovetop and the hot water storage unit connected to the gas line, so Jeremy checked under the house to see if there was enough space to run the new gas line. There was plenty of space to get to the stovetop underneath the house, but there was not enough space for someone to crawl under the house to get to where the hot water unit was. Jeremy had another look around the house and decided the best option was to run the new gas line up the wall from the gas meter and across the roof, where it would drop down to where the hot water unit was.

Jeremy came back the next morning with the materials he needed for the job and got right to work. The first thing he had to do was cut out some of the old pipework to make room for the new pipework. Once that was done Jeremy began running the new gas line to the stovetop first. Jeremy connected the new pipework onto the copper coming through the floor from the stovetop. Jeremy then ran the gas line up the wall, across the roof, and down to the hot water unit.

Once the new pipework was completed, Jeremy performed a gas pressure test from the gas meter at 7 Kpa with the appliances disconnected. When that test passed, he performed another gas pressure test at 1.2 Kpa with the appliances connected. When that test passed as well, Jeremy reconnected the tenant’s gas supply, relit their appliances, and ensured there was sufficient gas flow to them.

The tenants were very happy to finally have hot water and a working stovetop again. Another job well done!