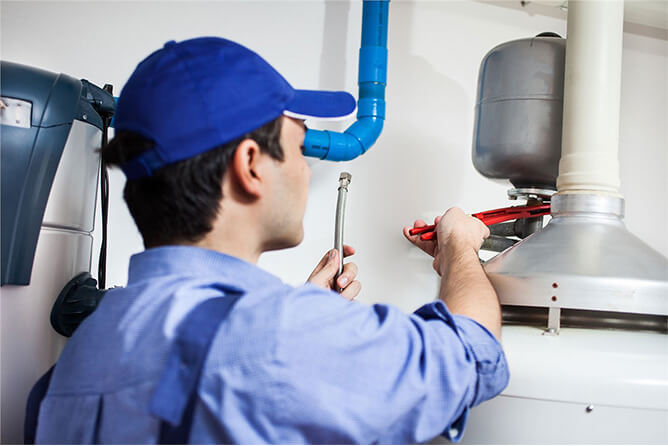 For the duration that they have resided in Malvern VIC, ‘Ian’ and his family have been living with just the one storage hot water unit (HWU). When their children were going to school, they managed to all shower and get ready without running out of hot water, due to staggering the timings.

Now that their kids have grown up and all have jobs, the household needs to be ready to leave at very similar times, especially when guests were staying. The family found that if they were one of the last to shower then the HWU would simply run out of hot water.

Ian decided to do something about this and contacted Lawrie at O’Shea Plumbing (Mt Waverley VIC) office to ask about a continuous flow HWU. Upon inspection, Lawrie informed them that his team would have to upsize their gas pipe. This would allow enough gas flow in order for the new hot water to operate correctly.

Lawrie also noticed that their front garden tap was made of galvanised iron and had a large amount of rust on the pipe. He offered to remove the rusted galvanised iron pipe and replace it with copper.

A test of the water pressures of the property showed that their values to be on the high side. So, Ian also agreed to have a pressure reduction valve fitted at the outlet of the water meter. This would also help prolong  the life of all of the pipes, taps and appliances in the house.

Ian and his wife had a talk about what they wanted to do and decided that O’Shea Plumbing could complete the works whilst they were away on holiday. This would give our plumbers enough time to get Claude, our concrete cutting specialist from Keysborough VIC, to cut the brick pavers out to allow for a trench to be dug. We would also have time to arrange for Leo, our electrician from Hawthorn VIC to come in and hook up power for the new continuous flow HWU.

We also organised the team from the ‘Plumbers Co Op’ in Mitcham VIC to deliver all required material to site. This meant that the O’Shea Plumbing team could get all the works completed without the clients being put out at all.

Ian and his family came home and had hot showers in the morning before going off to work. They were very grateful that they could enjoy their hot water once again, and that we had done a thorough and efficient job overall.