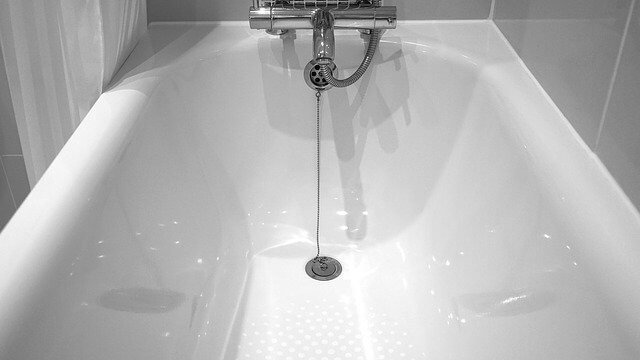 Jane and Neil have called up O’Shea Plumbing a few times with their plumbing issues. At first, it was water hammering which Andrew rectified by installing pressure control on their water meter which lowered the water pressure entering their water pipes and fixtures. Neil and Jane were so impressed with the professionalism of the O’Shea Plumbing team that they had no issues in calling O’Shea Plumbing again to install two new mixer taps.

It was a Friday afternoon during the Coronavirus isolation days when Jane went to bath her daughter, to find that there was only a small trickle of hot water coming out of the bath outlet. Jane advised Neil of the situation who did not hesitate to call O’Shea Plumbing head office at 3:00pm.

Luckily Andrew had just finished a job and was around the corner so he was able to go around and have a look to see what was causing the problem, he quickly diagnosed the cause and offered options to fix the issue.

Andrew installed a new duo valve to the Hot Water Unit and within one hour of the initial phone call Jane and Neil we’re back to having the Hot Water unit working properly again. Once Andrew finished he asked Jane if there were any other issues that she could think of that they would like O’Shea Plumbing to have a look at while they were there.

Jane and Neil showed Andrew that the toilet was very slow to drain and gurgling was happening when bath, basin and shower was draining. Andrew had a quick look at the sewer outside and found that there was a slight blockage which was only going to get worse. Andrew provided Jane and Neil with options to fix this issue before it became an even larger problem.

Andrew arrived the very next morning with his cable machine and cleared their blocked drains to 100mm (the size of the sewer pipe). Andrew also identified a potential issue with the neighbouring property as it was a combined drain on a vacant block and the sewer drain on the vacant block had not been sealed properly. Andrew advised Jane and Neil of potential issues and how to move forward to get this rectified.

If you are looking for an experienced and trustworthy plumber in Melbourne, then call on the friendly, experts from O’Shea Plumbing. Contact us on (03) 9888 2887 or send us an online enquiry.