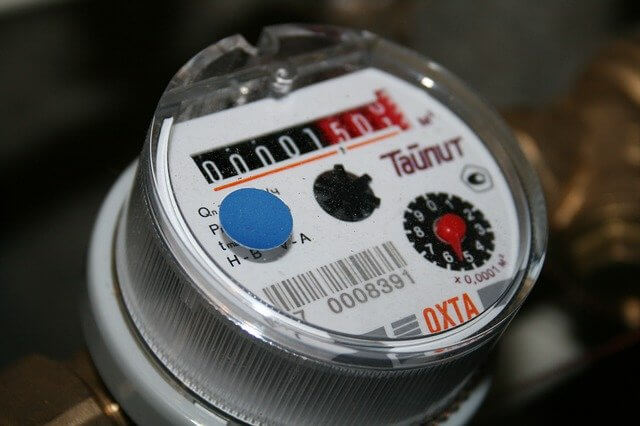 Phoebe, a resident in Hawthorn East, was getting her brick fence at the front of her property repainted when her painter mentioned that her gas meter was located too close to the fence.

Phoebe called her gas company, and they sent out a technician to check it for her. The technician found that her gas meter was too close to the fence, they said to Phoebe that in order to move it away she would have to remove some bamboo in her front garden. She would also have to get her own plumber to adjust the gas line to suit the new location of the meter, so she called O’Shea Plumbing to come and take a look at the situation. Jeremy (O’Shea Plumber) arrived the next morning to discuss the work that needed to be done.

As the work was to be conducted on Phoebe’s gas meter, Jeremy told her that he would need to do a gas pressure test to check for any gas leaks before and after the relocation work was completed. Phoebe explained that the gas meter wouldn’t need to be moved very far, and the bamboo would be removed prior to the work being done. They organised for Jeremy to come out soon after the gas company completed their part of the work to reduce the time that Phoebe was without gas.

When the gas company came out to move Phoebe’s gas meter, they found that they did not need to move the meter very far, and were able to reconnect Phoebe’s gas line without any adjustments needing to be made by O’Shea. Phoebe rang O’Shea Plumbing to let them know that further work was not needed.

Several days later when Phoebe was having more bamboo removed from her yard, her water meter was bumped a few times by the machine they were using and began to leak. Phoebe rang O’Shea Plumbing immediately to come and fix it.

Jeremy arrived later that day and had a look at where the water meter was leaking. He determined that it was only leaking from the two couplings on either side of the meter, and the problem would most likely be fixed by replacing the rubber O-rings inside the connections. When Jeremy removed the old O-rings he could see that they were cracked and falling apart. After replacing them with new O-rings, the water leaks were stopped. Phoebe was very pleased with the result and O’Shea timeliness.

Although we offer emergency plumbing services, we understand that not every plumbing problem requires an emergency plumber. We provide general services on top of our emergency services. Whether you require general plumbing repairs, maintenance or installation, we can wait until the morning or schedule you in for the next available appointment. O’Shea are the plumbers Melbourne can rely on – Call us today on (03) 9888 2887.