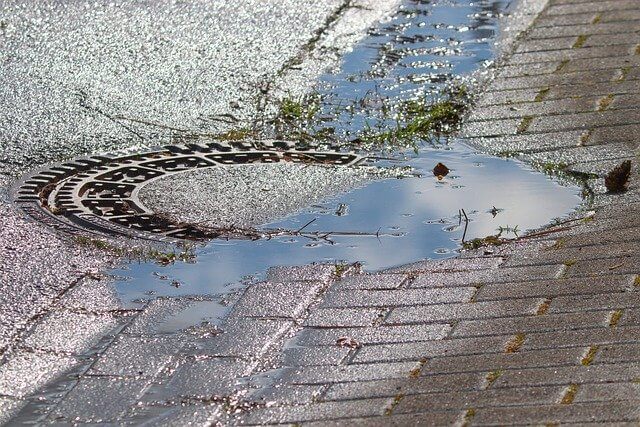 It was a Friday morning with the promise of a large Melbourne storm to roll through in the afternoon. Keith and his wife were having a discussion about the fact that their stormwater drain was blocked as it always overflowed, flooding their front yard when it rained.

The thing about stormwater drains is you never think about them until they fail and cause damage to your property or garden. Keith and his wife decided to be proactive and employ the service of a plumber to give a quote on clearing the stormwater drain hopefully before that afternoon’s storm.

Keith rang the O’Shea Plumbing Mt Waverley office and asked if it was possible to get a plumber out that day to have a look at the drain. The office managed to move some things around and squeezed Keith into the last job of the day.

Andrew arrived and had a chat with Keith followed by presenting some options to clear the drain. Keith approved the works and Andrew started works then and there.

Andrew ran a hose down the drain before works commenced to get an idea of how the drain was currently working and before long water started overflowing from where the hose was.

Andrew got his cable machine out and worked it through the drain from the street upstream, in no time Andrew felt his cable machine struggle against a section of suspected tree roots. All of a sudden there was a massive deluge of water that came pouring out of the gutter, emptying the stormwater drain of its contents and bringing with it the blockage of tree roots, leaf litter and dirt.

Andrew proceeded to run the hose again to see if there was any difference from before, the noise which came through the pipes sounded like a miniature jet engine and clear water started pouring out of the gutter (stormwater drain).

The client did not wish to have our team use the drain camera to guarantee the roots had been cleared, however, there was enough evidence that most of the blockage (if not all) had been removed as the drain was running as if it was new. All this just in time for a massive storm to sweep across Melbourne – Another happy O’Shea Plumbing client!

For all of your drain blockage, drain cleaning and emergency plumbing problems, call the team at O’Shea Plumbing on (03) 9888 2887