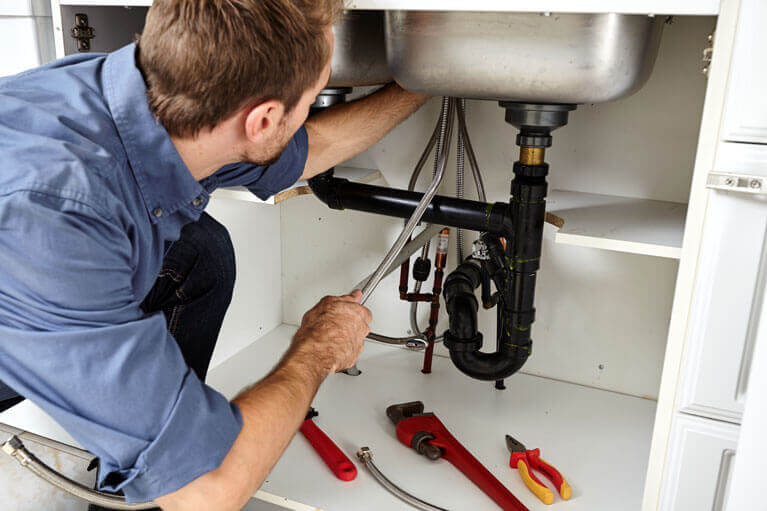 ‘Aly’ and his family had just moved into a new townhouse complex in Malvern VIC and needed a few things adjusted. The main issue was in regard to moving the existing washing taps. This was because Aly had just bought a new washing machine and dryer and there was no room to fit them. So Aly contacted O’Shea Plumbing of Mount Waverley VIC to get some assistance.

Upon arrival, O’Shea Plumbing’s owner Lawrie measured the water pressure (provided by water authorities). He found that it was much higher than what is recommended (by the VBA). Lawrie provided a few options to Aly. One was to install a pressure control to protect the water fixtures. He also suggested moving the washing machine stop taps. This would allow room for new appliances to be installed.

Turning off the cold water was easy. However, turning off the hot water proved a little more difficult. As a team, O’Shea Plumbing had to climb up through a small trap door in the roof to gain access to the top of the building. Once they located and isolated a solar HWU with a Rinnai Booster, a member of the crew was able to go about moving these water points. At the same time, Andrew and Lawrie went about installing the pressure control on the water meter.

Whilst Andrew and Lawrie were working, Lawrie noticed that there were no garden taps out the front of Aly’s property. He asked if Aly would like a garden tap installed (whilst the pipe was being worked on). Aly loved this idea and gave the go-ahead.

Once all works were completed, the O’Shea Plumbing team went about refilling the HWU tank. They also bled the air out of the hot water line. O’Shea Plumbing also helped Aly put his dishwasher and dryer into position (as these were heavy and bulky).

Aly was so happy with the service provided by O’Shea Plumbing that he gave a 5-star review on Google Reviews. This reads “great service and experienced team” and is exactly the sort of feedback we aim to achieve here at O’Shea Plumbing!