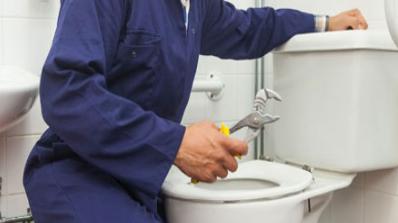 Recently, Mrs O’Shea (no relation to O’Shea Plumbing) called up our  main office of O’Shea Plumbing. She had looked at the reviews on the internet and decided that she liked the sound of a family run business and was happy with what she read. The fact that her last name was O’Shea was just a nice little touch that helped her cement her decision to give us a go.

Mrs O’Shea rang up the Mt Waverley Vic head office to report an issue with her toilet — the system was constantly running. Our plumber Andrew (from our Bundoora depot in VIC) was designated to her case. He made sure he was at her house the next morning at a very punctual 8am.  Andrew investigated the issue and provided Mrs O’Shea with some viable solutions to fix the problem.

Mrs O’Shea decided to replace the old cistern (over 20 years old) with a new one. With the new cistern being smaller, she fully appreciated the economic benefit that this option provided in  using far less water per flush. She saw this as an opportunity to save money in the long run. This solution would require less maintenance with minimal to no replacement costs involved for a number of years to come.

Andrew performed his duties and installed the new cistern in a timely manner. Mrs O’Shea was thrilled with the work and happy to have her toilet in proper working order.