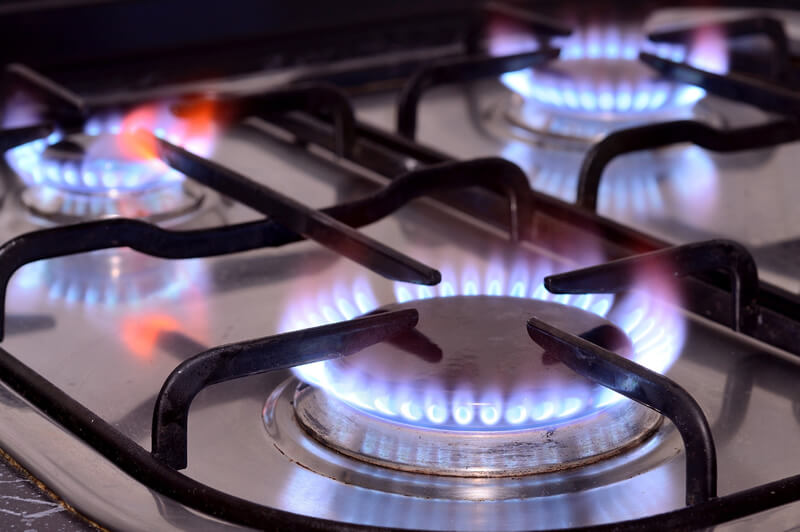 Martin had just purchased his new family home in Fitzroy. Upon moving in he noticed, much to his frustration, that the gas meter had been capped off and a note left by the gas company that said there was a major gas leak on his gas line.

Martin immediately rang O’Shea plumbing as he had been recommended to them by a friend.   Adam (O’Shea plumber) quickly attended the job site to investigate the leak. The first option which included testing the gas line and making an attempt to fix the leak was quickly abandoned when Adam noticed the gas line, which was run in gal piping, was laying in the dirt under the house. This piping is supposed to be secured under the house, off the ground to avoid damage.

Adam told Martin the gas line would need to be renewed. To give Martin the best option and guarantee for the works, Adam gave the client the option to run the new gas line through the house. The O’Shea plumber wrote Martin a quote which included core holing holes through a couple of rooms in the house to run the new gas line. The quote was accepted and O’Shea was able to fit Martin’s gas line renewal in 2 days later.

On the first day of works, Adam approached Martin and his wife and explained exactly how he was going to run the new gas line. Adam started by moving furniture and the client’s belongings out of the way of the work area and put tarps down to protect the flooring as core holing can be a messy job. By lunchtime, the core holes had been drilled through the walls. Adam spent the next couple of hours cleaning the walls and removing the tarps so he had a nice clean and refreshed work area to achieve a high standard of work quality.

Adam started his 32mm copper gas line from the meter and ran it exposed up the front of the house. The line continued through the core hole in the lounge room, to the bedroom behind and out into the courtyard where the line ran across the wall beside the existing plumbing to connect to the existing hot water unit and stove. Then all the core holes were sealed and patched up.

The gas line was then tested without appliances connected, and then again with appliances connected and both tests passed proving a sound gas system free from leaks. Adam then proceeded to relight the hot water unit to the excitement of Martin’s wife, who could finally shower and cook in their new home.

Martin and his wife at first were about sceptical of seeing a 32mm copper line running through their living room but they liked it once was finished. It gave their room a slightly industrial look and feel as there were existing lines already running internally throughout the house.

During the works, Adam was available to answer any questions from Martin or his wife about any concerns that they may have had. This goes for any of O’Shea’s jobs. It’s important to us that our customers’ are comfortable with having O’Shea staff on their property, delivering a 5-star all-round service with customer interaction and quality of work is our priority.

For quality plumbing work and professional plumbers, contact the team at O’Shea Plumbing. Honest, Fixed, Upfront Pricing. O’Shea are the plumbers Melbourne can rely on – Call us today on (03) 9888 2887.