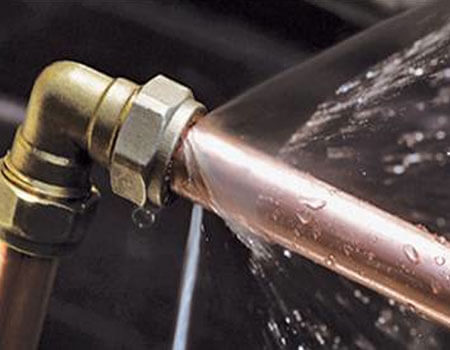 One of our loyal clients from Bentleigh East, VIC contacted us recently with a concern about a puddle of water in her garden (it hadn’t rained in a few days). ‘Minnie’ was aware that this might point to a plumbing issue. She had engaged our services previously (via our Mount Waverley, VIC head office) with a separate issue and felt confident with how we approach our work. Therefore, she did not hesitate to get in contact with us again.

Andrew (our plumber from the O’Shea Plumbing Bentleigh, VIC depot) arrived 15mins before the time he was scheduled – to get a head start on the job. He went about measuring water pressure and checking the water meter (to see if it was a large leak or not).

When Minnie showed Andrew where the puddle of water was, he provided two options for Minnie to choose from in investigating the issue (in order to locate the pipe that was leaking). Andrew was tasked to ‘hand dig in’ the area where water was pooling and in about 15mins had dug up an old irrigation connection. The isolation valve had failed and a crack had appeared in the PVC pipe.

Andrew demonstrated the situation at hand to Minnie and posed the question: reinstate the irrigation connection or remove it? Andrew was asked by Minnie to cut out the irrigation section and make it as if it had never been there (as she had never used the irrigation in her time in the house).

After removing the irrigation branch and bleeding the existing water line (to make sure no dirt flushed into the hot water unit and cisterns), Andrew turned the hot water unit and two toilets back on. It was at this point that he noticed that one of the cisterns was not working properly and asked if Minnie wanted options to fix/install a new cistern. Minnie did indeed want a new cistern – so Andrew obliged and went to work on installing a new ‘Caroma Slimline’ cistern (which he ordered from Reece in Burwood, VIC).

Minnie was very happy that Andrew did not just focus on the initial problem of the water leak, but was diligent in regards to the entire plumbing in Minnie’s beautiful home and spoke to her in depth about any issues he found. That’s what makes all the difference to our valued clients here at O’Shea Plumbing.

For a reliable plumber Bentleigh East locals can rely on, call the team of plumbing experts at O’Shea Plumbing on (03) 9888 2887