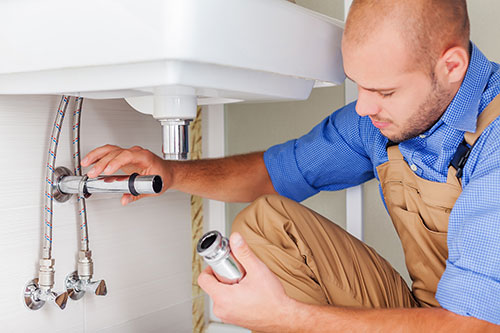 O’Shea Plumbing recently worked with a new customer by the name of ‘John’, who resides in Canterbury VIC. When John called us he told us that he had a blocked sewer drainage issue for a few years.

He had tried a couple of different plumbers to no avail. John would pay them their fee, they would attempt to clear the drain only for it to block up again a few months later.

John called Chelsea in the O’Shea Plumbing base in Mt Waverley VIC. John asked if she could please send out a plumber to have a look at his drain. Lawrie and Andrew arrived and put a sewer cable machine down the drain and removed a large amount of tree roots.

Once this was done, they used a drain camera and located many areas along the line which appeared susceptible to tree roots entering the pipe work. As they continued along, they also found even more tree roots further up the drain.

Andrew and Lawrie provided John with several options in fixing the problem. These approaches included a drain renewal, reclining and using a cable machine (with different cutters and spending time removing small sections of tree roots at a time), finished off with a product called Rootx to inhibit tree root growth.

John selected to use the cable machine and the tree root inhibitor. Andrew came back to site and spent time removing sections of tree roots and pulled out a vast number of individual tree roots (definitely a main culprit in the scenario).

Once Andrew was confident he had removed most of the visible tree roots he used the drain camera once again (to be 100 percent sure). Fortunately, there were no more tree roots and Andrew was able to put the tree root inhibitor down the drain.

John was very happy with the service O’Shea Plumbing provided. He was glad that Lawrie and Andrew took the time to explain what each option involved and the potential issues that could arise. John was confident that he could make an informed decision on the way in which he wanted the plumbers to tackle his sewer blockage.

This case study really shows how O’Shea Plumbing provides various options and explains the recommended course-of-action/s in depth. This allows the client to relax in a no pressure environment, allowing them to make a clear-headed decision which will ultimately suit them best.