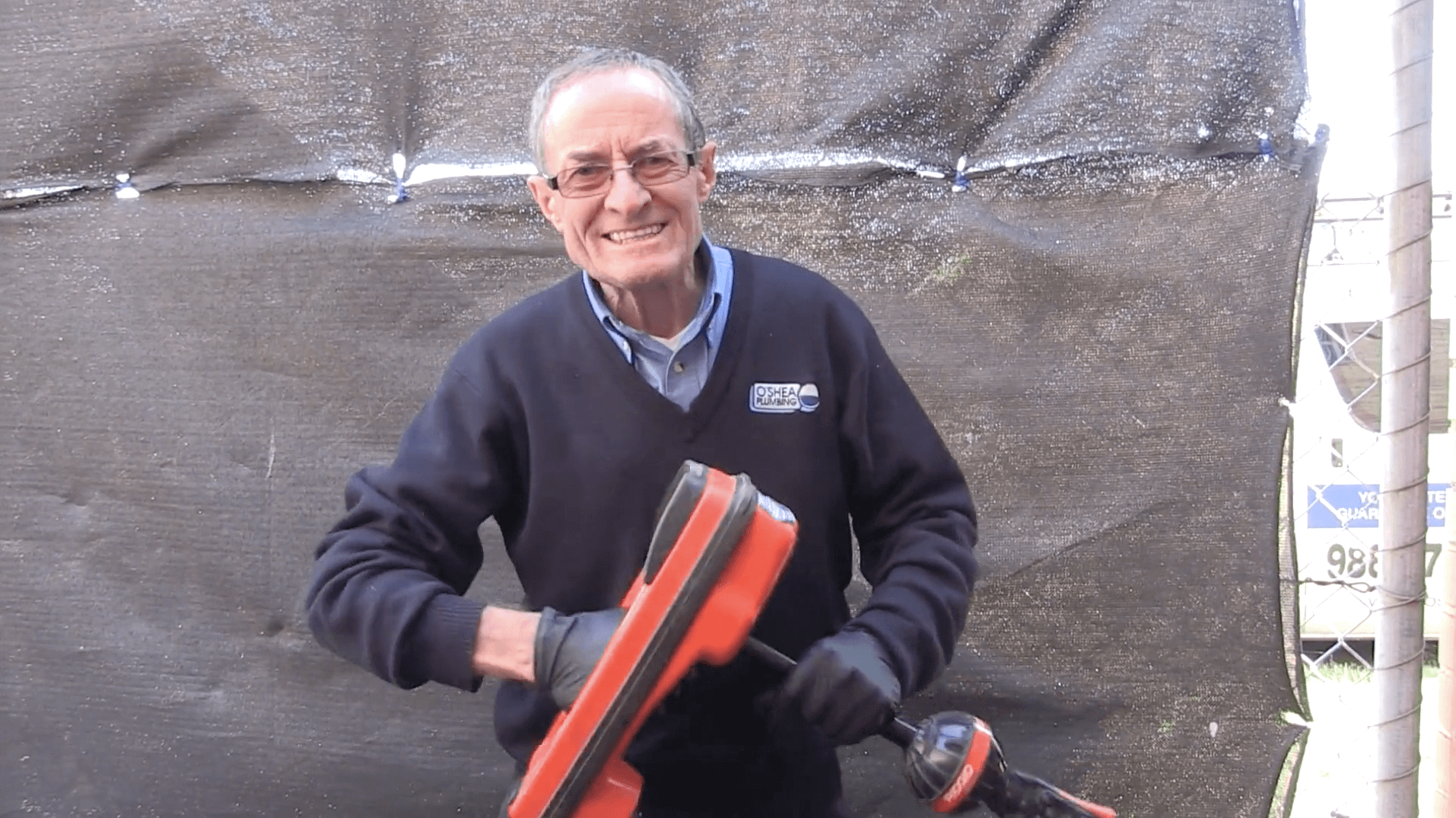 Michael has rung O’Shea Plumbing on multiple occasions, trusting us to complete maintenance on his beautiful residential property. On this occasion, Michael rang up the Mt Waverley office complaining of his two toilets filling and slowly draining with each flush.

Chelsea (O’Shea Plumbing admin staff) received the call and told Michael that Andrew would be arriving the very next morning at 8am to have a look at the situation.

Once Andrew was on site he introduced himself and checked on how the drains were working. He also asked a lot of questions in an attempt to get an idea of where the blockage could be located.

Once he located the drain blockage, Andrew provided Michael with options to clear it as well as using a drain camera to investigate where and what the blockage is as this was the second time Michael had a plumber come out for the same issue.

Michael approved Andrew to complete the works, as well as investigating why his underground water tank floods the backyard instead of draining into the stormwater drain.

Andrew managed to use the spearheaded cutter – 75mm and 100mm cutter – to get through the blockage. Sewer drains are typically run in 100mm on domestic properties, so using a 100mm cutter completely clears the drain not just unblocks it.

Once Andrew managed to get the water to drain, the drain camera was inserted into the sewer to see what the issue was. It was found that there were small clumps of tree roots littered throughout the drain. This was shown to Michael, and also gave them an approximate location on where the tree roots were situated.

Andrew then gave options for a permanent solution of a drain renewal, he also spoke to Michael about re-lining the pipe and putting Rootx chemical down the drain to inhibit tree root growth (this does not damage the tree).

Michael decided to proceed with putting the 100mm cutter put through the drain (which was going to happen anyway) and see how this would further clear the drain  The last plumber had only put a 50mm cutter through the drain which would have only poked a hole in the roots, meaning there was only a matter of time until the blockage reoccurred.

Andrew also gave Michael advice on how the plumbing should be set up on his property as he noticed there were a few things incorrect with his plumbing when he did a general plumbing system check (i.e. the boundary trap was covered by pavers and a tree, meaning that if there happened to be an issue with the Yarra Valley Waters drain they would not fix their issue until such time as this is exposed).

The next day Lawrie (O’Shea Plumbing owner) arrived to investigate Michael’s complex underground water tank issue. It was found that the overflow of the tank was not falling the way it was supposed to, meaning that the water could not escape until the water reached ground level causing the property to flood on heavy rains.

Andrew and Lawrie provided Michael with options on rectifying this issue and have left it in Michael’s hands if he would like any works completed to fix the issue.