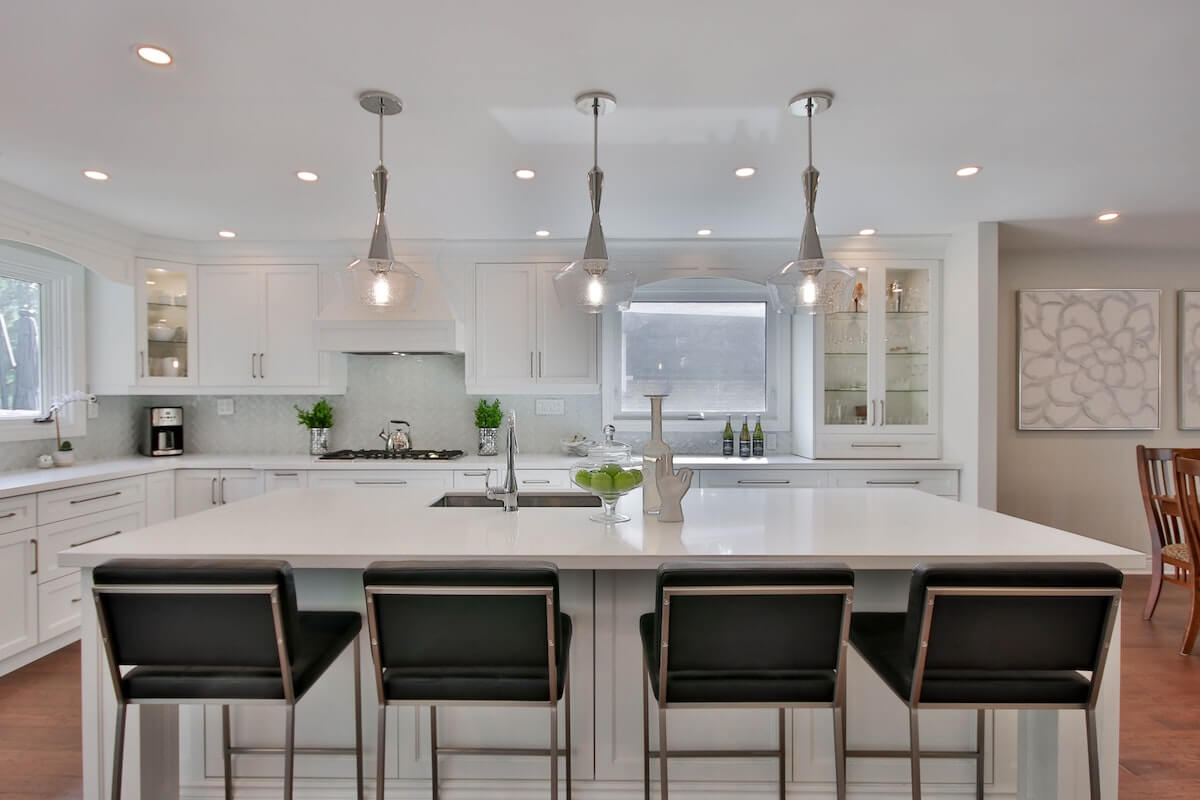 Maxine lives in a beautiful home in Mt Waverley. Their kitchen sink is built into the island bench near the middle of the kitchen. Unfortunately, Maxine has been having issues with the sink slowly draining and in one instance not draining at all. Their Mt Waverley home had been built on a slab meaning that there was no way to access the waste drain for the sink without digging up the kitchen floor to gain access.

When the sink became totally blocked they engaged another plumber to use a small cable machine in an attempt to clear waste pipe. This worked for a small amount of time (6 months) until the drain started showing signs of the blockage reoccurring. Maxine understood that the previous works had no guarantee and was hoping to get the drain cleared again, so this time she called O’Shea Plumbing.

Andrew arrived on-site and introduced himself explaining the process that he was going to take to provide the most suitable options and give control back to Maxine. Andrew provided two different options. One was doing the exact same thing as the other plumber which was done before using the small cable machine to try and remove as much gunk from the drain as possible. The second option was to use the small water jet which was a more expensive option but is made for jobs like this.

Maxine chose the second option as she wanted the drain cleared as best as it possibly could be. Andrew went back to the O’Shea office to pick up the water jet and came straight back to begin the drain clearing works.

Andrew was clearing from an outside DG, working the jet upstream blasting away any fat, grease or grime which had become stuck to the sides of the drain pipe. Andrew had the sinks filled with water and after a short time dumped both sinks of water down the drain. Andrew went back outside to see what was going to come out of the drain and was not disappointed in the way the water jet worked, as some very large clumps of grease came gushing out of the drain.

Andrew filled the sinks again and removed the water jet from the drain. Maxine was amazed at the speed and sound of the water gushing through the pipes and was completely satisfied with her decision in selecting the more expensive plumbing solution and using the water jet to clear the drains. Maxine now has the confidence that this drain will be in good working order for a very long time.