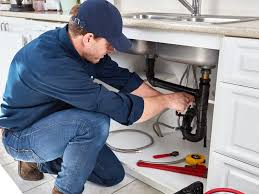 ‘Malcolm’ lives in Canterbury VIC and has used O’Shea Plumbing to look after his plumbing needs on a constant basis. From fixing sewer blockages to repairing burst water pipes, O’Shea Plumbing has Malcolm’s undivided trust. That’s because we are committed to delivering professional work in a tidy and friendly manner, and we care about our client’s wellbeing.

Recently, Malcolm called our main O’Shea Plumbing office (Mount Waverley VIC) concerning an issue with his stormwater drain. It was clearly blocked, as storm water was overflowing onto his driveway and walkways along the side of the house.

O’Shea arranged for one of our plumbers to arrive on sit. Cue ‘Jarett’ who set to work to attempt to clear the blockage. First, he tried his cable machine but it just wouldn’t cut through. Jarrett moved onto using a drain camera. Now, he could see exactly where the drain was blocked: the culprit being some very thick roots. Jarret managed to clear the blockage, but the camera did show that there were some bad cracks in the stormwater drain

Jarrett provided his client with options in fixing this issue. Malcolm decided to opt for a permanent fix. The course of action would be digging up the footpath and replacing the section of drain. Jarett organised a skip bin from ‘Metropolitan Bin Hire’ (Keysborough VIC). He also acquired a ‘Road Opening Permit’ from Boroondara City Council, Camberwell VIC  Plus, a ‘Dial B4 U Dig’ application was submitted.

Jarett also arranged for ‘Claude’ (from Cheltenham VIC) to work alongside. Claude is O’Shea Plumbing’s main guy for neat and perfect concrete cutting. Claude arrived at 9 am, which gave Andrew and Lawrie enough time to mark out where the cuts would need to be made.

Once the path was cut and concrete removed, Andrew and Lawrie could assess the problem in detail. They could see that the section of drain that was blocked was caused by a large tree which was growing roots and had split the old stormwater drain. Smaller roots were now taking over the drain.

Andrew cut-out the broken section of pipe and replaced it with a high-quality PVC alternative. Once the new section of pipe was connected to the existing stormwater drain, it was backfilled using ‘quarter minus’. This supports the pipe from dipping over time. They finished off by filling the trench with ‘instant bitumen’ which was compressed down. All materials were delivered onsite at 8 am by the ‘Plumbers Co-Op’ (Mitcham VIC).

O’Shea Plumbing is pretty confident that this relieved the headache that Malcolm must have been feeling due to his stormwater drain issues! Plumbing is the kind of thing that you often overlook. But you certainly notice when it stops working and it sure does make life difficult when it does! That’s what we are here for at O’Shea Plumbing: to make our client’s lives that little bit easier.