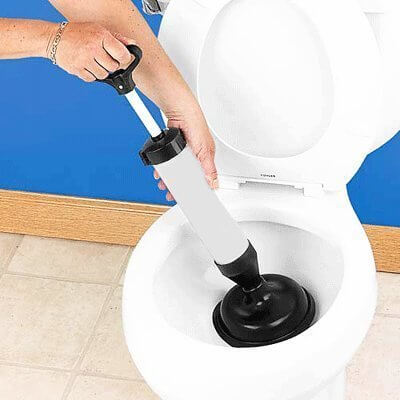 ‘Beverley’ from Balwyn Vic, rang and spoke to Chelsea in the O’Shea Plumbing Mount Waverley Vic, office as her sewer drain had blocked again. Andrew from O’Shea Plumbing had cleared a blockage at her house a few months earlier.

Lawrie (plumber) and Max (apprentice) were working on a job in Doncaster East Vic,  at the time, so Chelsea checked the booking system on her computer and could see that they would be available to go see Beverley shortly after lunch that afternoon.

Lawrie and Max arrived at Beverley’s that afternoon. After investigating the problem and calling Yarra Valley Water for a sewer point location, it was found that Beverley’s drain was combined with Nick’s drain on the property next door and this was where the blockage was actually located.

Lawrie provided Nick with a copy of the sewer plan so he could see exactly where the drains ran and how the blocked drain would affect him. A number of options and quotes were given to Nick to clear the drain. At first, Nick and his wife thought the prices were too high, but after Lawrie gave them a detailed explanation of what would be done and why it would be beneficial, they decided to proceed.

As it turned out, there was extensive tree roots in three points of the sewer drain. These roots were all completely cleared out using full-size 100mm cutters.

On completion, Nick and his wife said that they were very happy with the job. They had seen the amount of work that was done. They both said that no previous plumber had done that much clearing, and that no one had provided a copy of the sewer plan to show them where their drains ran. They asked for a business card so they could ring O’Shea Plumbing if they had any plumbing issues in the future.